Menu
Back to All Foot & Ankle Conditions

Does your Child Exhibit Symptoms of Congenital Foot Disorders? Get Expert Advice from Family Foot and Ankle Specialists in Wyandotte and Southfield, MI.

Congenital foot disorders are foot and ankle disorders found in newborns, meaning the child is born with the problem. In many cases, these issues may just be observed while others may need treatment using non-surgical techniques. However, it is best to consult a foot and ankle specialist to be sure the right treatment is provided early on in the child's life.

Clubfoot (congenital talipes equinovarus or talipes equinovarus) the tendons of the foot are shortened and the bones unusually shaped, while the Achilles tendon is tightened causing a well-characterized inward and downward pointing of the foot. Also, the soles of the foot may face each other. In most cases of clubfoot, both feet are affected. When not treated, the patient tends to walk on the sides of the feet or ankles. Other characteristics include:

Metatarsus adductus is a common foot anomaly that occurs in about 2 percent of newborns. It is characterized by an inward pointing of the baby’s forefoot and toes making it difficult to straighten the toes. Soles of the foot may also have a bean shape. Other characteristics include:

Metatarsus adductus is said to be flexible if the forefoot and the heel can be aligned with each other. During the alignment, slight pressure is made on the forefoot while the heel remains steady. This technique is referred to as passive manipulation.

Diagnosis is done through a physical examination where the doctor will ask for the child’s medical history. He or she may also inquire as to a history of the condition in the family.

Polydactyly is a condition in which a person has more than five fingers or toes on either or both of the hands or feet. Presentation of the polydactyly condition varies and is characterized by the following features.

There are three main types of polydactyly:

Small Finger Duplication (ulnar polydactyly) is the most common form of polydactyly. The new finger forms on the outside of the little finger. The toe version is known as fibular polydactyly.

Thumb Duplication (radial or preaxial polydactyly) is not very common. Studies show that radial polydactyly occurs in one in every 1,000 to 10,000 live births. The new finger is formed on the outside of the thumb. The toe version of this condition is known as tibial polydactyly.

Treatment of this condition depends on the location of the extra finger or toe and how the appendages are connected. If the appendage is not well-formed, or there is no bone, it may be clipped or tied-off (by a doctor) to stop blood flow. With no blood supply, the appendage will die and fall off. Well-formed appendage should be removed surgically once the baby has attained the age of one. In the case of extra toes, this should be done before the child begins to walk. 4, 5

Overlapping toes occur when the fifth toe crosses over the fourth. This condition varies and may not be bothersome in some persons. In some cases, overlapping toes may create issues with footwear, thus requiring surgical correction.

Does your Child Exhibit Symptoms of Congenital Foot Disorders? Get Expert Advice from Family Foot and Ankle Specialists in Wyandotte and Southfield, MI.

If this is a medical emergency, please Call 911

By Submitting this form, you Agree to be contacted by our office staff to complete your office visit appointment at one of our offices.
Previous
Next 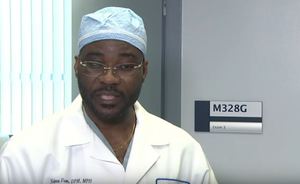 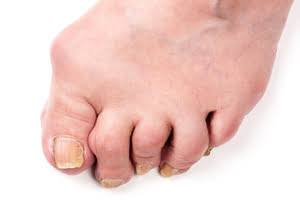 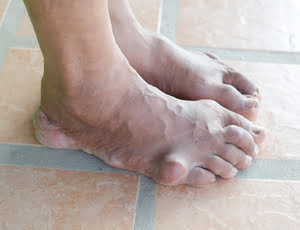 Watch Dr. Usen discusses pressure ulcers. What they are and caring for patients with the conditions.  How his patient-centered approach …

Learn More About Us

Dealing with any of these conditions ? 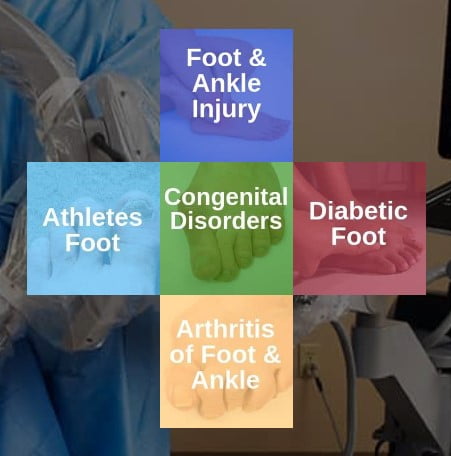 You don’t have to suffer the pain in silence. Come to one of our clinics for a medical consultation.

Having Foot and Ankle pain?

Consult With Drs. Khalil and Usen

Complete the form on the right for a complimentary consultation with Dr. Khalil, Dr. Usen, or any of our other Foot and Ankle surgeons.